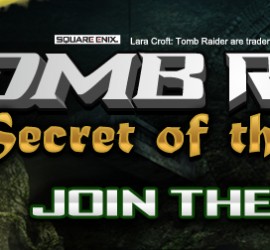 [ some description about the game ]

Tomb Raider is one of the most successful and iconic video game franchises of all time, spawning two blockbuster movies to date plus an endless stream of spin-offs, merchandise and even an amusement park ride.

Whether you’re a fan of the video game franchise, a video slot lover, or both, you’ll find everything you need to know about these two amazing games right here. We put both games side by side in our review section, go into details on the game rules, plus, if you’re the type who’d rather roll up your sleeves and play the game rather than read about it, you can also play the Tomb Raider slot for free. 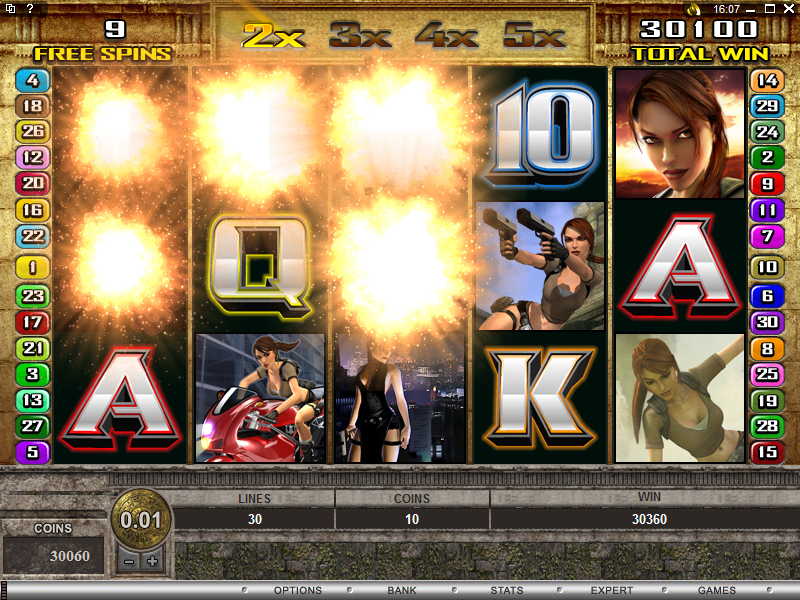 In this section we cover the rules of both the original Tomb Raider video slot and the sequel, Tomb Raider II – Secret of the Sword.

Tomb Raider is a five reel, 15 payline non-progressive slot from Microgaming with a coin range of 0.05 up to 0.50. Alongside the card symbols and a tiger symbol you’ll find the wild Tomb Raider logo and Lara Croft scatter symbols that trigger free spins with retriggers.[more]

Land three or more bonus symbols, meanwhile, to launch the Tomb bonus round. Pick from a range of different idols to rack up huge bonus points.

The exciting sequel to the original Tomb Raider, Tomb Raider II – Secret Of The Sword is also a five reel slot but the paylines have been doubled to 30! Plus, in a bid to better the original, Microgaming have also packed the game to bursting point with even more exciting bonus features.

Lara’s symbol is wild and, if you land five, you hit the jackpot. The key symbol is the scatter. Land three or more to launch the Rolling Reels bonus feature with free spins and a 5x multiplier. There’s also a randomly-triggered Super Mode game giving you five free spins and stunning animations as Lara leaps across the screen activating random wilds. Finally there’s the Global Adventure bonus which, in true Tomb Raider spirit, jets you off to various exotic locales in search of even more riches!

Finally you can get all the excitement of Tomb Raider wherever you go. Play at home or on the go via mobile – the choice is yours. Simply click inside the game area below to start playing for free. Or, if you would rather team up with Lara to win the big bucks, head on over to Dukes Casino to avail of their free £200 welcome bonus.

One of the most frustrating things about the Tomb Raider games was actually getting to the treasure. Often times it took a lot of puzzling, climbing and avoiding various pitfalls. But in the end it was always Lara who got the gold, despite you being the one doing all the work just to get her where she needed to be. Well now things are different. All it takes is a simple push of the button and a little luck and you, not Lara, will be the one getting rich!

The original Tomb Raider video slot was a phenomenal success when it was launched and continues to be hugely successful having made the jump to mobile. Its sequel, meanwhile, built on this success and added even more amazing new features.

Tomb Raider II – Secret of the Sword beats the original, and indeed many newer slot titles, in terms of the sheer number of bonus features available. There’s the Rolling Reels, Super Mode and, most thrilling of all, the Global Adventure bonus games.

That said there’s still plenty of fun and wins to be had playing the original Tomb Raider with the Tomb bonus game and free spins galore, both of which continue to ensure the game’s enduring popularity.

Fans will therefore be delighted to discover that the look, sound, feel and overall ambience of those best selling video games is also quite evident in both video slot incarnations. Don’t believe us? Then check our our Free Game section to experience it for yourself!